Medical Cannabis: Exploring the Myths and Facts of Cannabis Therapies for Children and Adults

The discussion of medical cannabis has been a hot topic for some time. For many states in the U.S., the beginning stages of legalization began with access to it for medicinal use. However, cannabis as a form of treatment remains widely misunderstood by doctors and patients alike. New Jersey-based IT and cybersecurity firm IT4Cannabis is educating professionals through its “Insights and Opportunities” webinar series, about cannabis topics. The company held its second webinar on June 10, to explore the facts of healing people with cannabis.

The “Medical Cannabis: Exploring the Myths and Facts of Cannabis Therapies for Children and Adults” webinar focused on misconceptions that stigmatize cannabis use to alleviate symptoms associated with various illnesses such as chronic pain, epilepsy, and cancer. 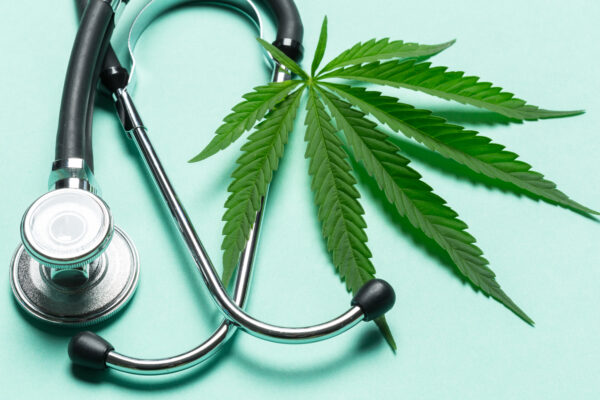 Kispert prompted the conversation by asking the panelists to shed light on why someone might want to consider cannabis as a form of treatment in the current day.

“Any research past 2015 gives us a really positive outlook about cannabis,” said Abraham, who is both a registered nurse and political advocate for cannabis use. Abraham, who is based in Chicago, pointed out the practice of using cannabis to optimize health has been around for about 2,500 years. However, up until recently, there wasn’t enough research to support medical use in modern times.

Lack of research may cause patients to feel uneasy when considering cannabis in place of familiar medications. While many people think cannabis prescriptions will make patients high, Williams – who is an Ohio-based family physician and medical cannabis training life coach – said using cannabis is a safe alternative to certain pharmaceutical drugs, especially ones with more harmful side effects such as stomach, liver or kidney damage.

“If [patients] are looking for a more natural option, and something that might be able to help them with fewer side effects, there’s a way to use cannabis for everyone,” said Williams, who also discussed how to manage the side effects of prescribed cannabis. “We can always find a way to implement it in a way so they don’t have to have that high feeling if they don’t want to, but also to use it in a medicinal way that will suit their lifestyle.”

Backing up Williams’ stance on managing side effects, Anderson – a Manitoba, Canada-based family doctor with a background in physiology and microbiology – said she keeps it simple when explaining to patients how the plant will be used to help manage their symptoms.

“I often tell them it’s like wine. You know – wine, tomatoes, all these different plants have many different varieties and you use them in many different ways,” said Anderson in regards to the multiple cannabis components such as cannabinoids, flavonoids, and terpenes that can be used to benefit patients. “Two of the main [cannabinoids] are CBD and THC. THC is obviously the one people think makes you high, but really it’s just in the way you use it,” she continued. 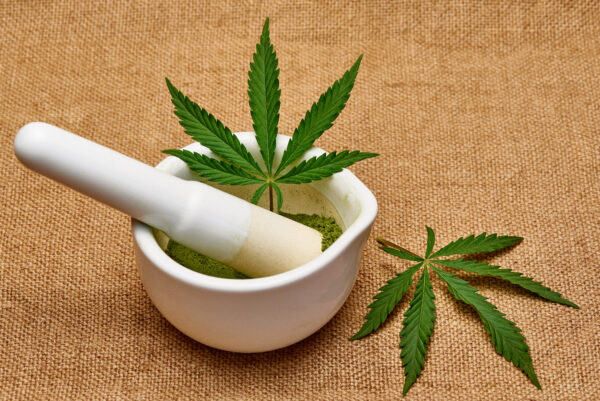 The belief that THC’s primary purpose is to evoke the feeling of a high, is one of the countless misconceptions people have about cannabis, both generally and medically. To distinguish between fact and fiction, Kispert asked the panelists to debunk some common myths about the plant.

“There’s this myth that cannabis makes people lazy,” said Abraham, in reference to the idea that cannabis use leads to weight gain. Abraham said cannabis can help prevent weight gain rather than cause it by decreasing stress response. It’s also proven to help regulate insulin in people with diabetes. “When we decrease our stress response, we decrease our cortisol. Cortisol is a pretty big factor in belly fat. So, we can actually help decrease belly fat by utilizing things like CBD and cannabis,” she said.

Abraham went on to address the frequent question of whether or not someone can overdose on cannabis. She explained THC receptors – the only psychoactive component of the plant – are not found in the brain, making it very difficult for someone to consume a lethal dose. “You can’t do it,” she said. “You would have to smoke 24,000 joints an hour in 24 hours for it to kill you.” 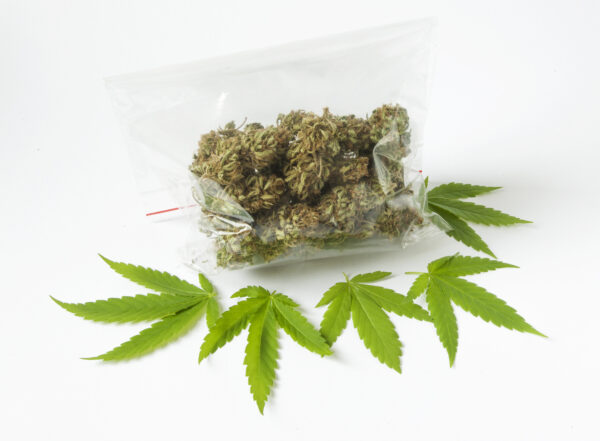 Controlled use and tolerance breaks

Anderson followed up on the topic of myths by bringing up the fears she hears from parents about psychosis when she treats their children. “A lot of the studies involving psychosis were done on recreational cannabis. It wasn’t controlled like what we have

today,” she said. She went on to say children are dosed by weight – which means they are not consuming enough cannabis to induce psychotic behavior. Most of the children Anderson treats have run out of other options. The benefits of medical cannabis have been profound for many, including those with epilepsy such as her own son.

Although the benefits of prescribing medical cannabis are endless, Williams pointed out that it is still necessary to check in with patients about misuse.

“At the end of the day, it’s how it fits into your life. Is it disrupting your life? Or is it helping? When I ask that question – if the patient pauses for too long, if they’re unsure, then I pull back and start looking at how they’re using it, and whether or not they should incorporate tolerance breaks,” said Williams, who avoids triggering patients with the subject of addiction when checking in about their prescribed dose.

Because misuse and overuse are potential side effects of medical cannabis, the question of whether or not a patient has developed a cannabis use disorder is always at play. Williams acknowledged cannabis use looks different for everyone. She avoids holding her patients to a narrow definition of the term and instead focuses on their productivity levels.

“If you’re using it to the point where it’s disrupting your life, that’s really the key point here. Where you’re missing work, you’re running late, or your family and friends are concerned about your activity. That instead of using it in a way that will decrease your anxiety and getting more involved with life, but you find you’re withdrawing from life instead – that’s really what cannabis use disorder is,” she said.

An option when other medical treatments fail

As the hour progressed, Anderson spoke about what it looks like when patients run out of all other options for treatment. This was the case for her son, who suffered an epileptic crisis prior to finding cannabis as an effective form of treatment.

“I hit a roadblock where the medical community couldn’t help,” she said. Anderson tried many anti-seizure drugs for her son’s epilepsy but found no success. He continuously ended up in the ICU with little hope of finding a treatment to keep his seizures under control.

“I didn’t know where to go, and then all of the sudden I discovered CBD worked for him. Overnight his seizures improved. When I went back to the medical community, I had a really hard time. I was threatened with shut down. I was threatened with CFS and I was basically told to find another family physician who is not yourself and can authorize cannabis for your son. [I was told] they have to be an expert in both cannabis and epilepsy,” said Anderson, as she detailed the unrealistic expectations placed on her when trying to treat her son. 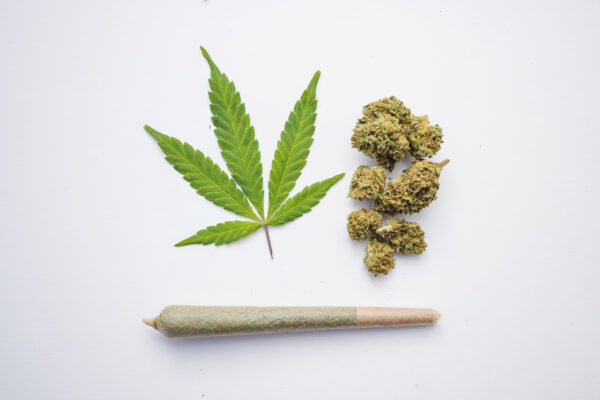 Anderson said her experiences with the backlash she faced changed the way she ran her own practice. “It was this ethical dilemma of what do you do when people have failed everything, and what if that person is a child? Are we as a medical community not willing to try cannabis?”

Apprehensive of being labeled as the ‘doctor who gave the pot to children,’ Anderson was careful in how she approached treatment and initially agreed to see only those who had run out of all other options. After carefully giving children doses of cannabis, Anderson said she saw success on some level in every single one of her patients. This kept her moving forward with integrating it into her practice. Now she looks at cannabis as a first-line option instead of the last resort.

“I believe cannabis should be a first-line, not your last-line [of treatment],” Abraham said, agreeing with Anderson. “In oncology patients when doctors recommend cannabis and call me early, those patients do better with chemotherapy treatments,” she said, explaining that cannabis improves the quality of life for people with cancer as well as those with chronic pain.

Abraham and Williams agreed that, ethically, it is hard to break the stigma around cannabis treatment.

“I believe that ethically we have the responsibility to act on the facts and not the myths. I feel historically that’s basically the position we’ve had. Unfortunately, in the medical community, we’re still living in that realm. We are allowing the stigma of cannabis to override what we know about it,” said Williams, who believes an understanding of cannabis should be required for physicians to maintain their licensure.

To break the stigma and properly treat patients, each of the panelists emphasized it’s necessary to challenge the system and get the word about cannabis out there. Whether it’s the political system, parents of children being treated with cannabis, or colleagues in the medical community, it’s important to educate everyone because it can save lives.

The webinar concluded with answers to audience questions about forms of cannabis use, such as micro-dosing and CBD topicals. The panelists highlighted the ways micro-dosing with THC can help patients manage pain, as well as CBD topicals that can treat difficult skin conditions such as foot ulcers.

“We noticed it was treating MRSA wounds, wounds that have been chronic for months and years and they were just closing up. That’s one of the most amazing things I’ve seen,” said Anderson. 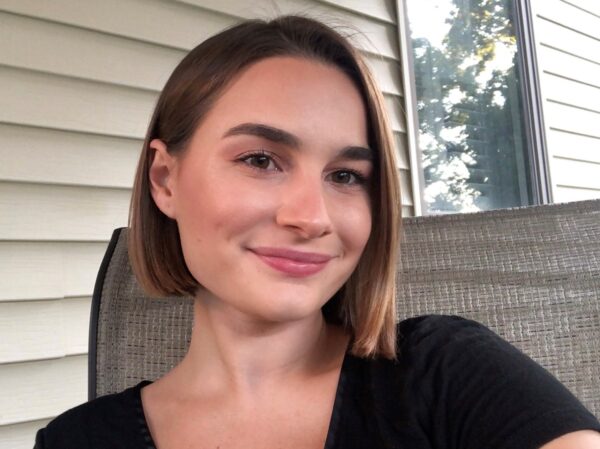 Carly Russo is a versatile content writer experienced in authoring marketing pieces on various topics including music, lifestyle, and cybersecurity and IT solutions.