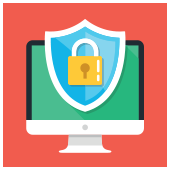 The recent global outbreak of ransomware attacks such as WannaCry and Petya has made Microsoft sit up and pay attention to the need for better security features for Windows 10. Here are some of the new ones Microsoft has come up with to help keep PC users safe.

This feature allows you to list certain documents and folders as “protected.” Only whitelisted programs can access and edit these folders, while any attempts by malicious apps to change the folders are blocked by Windows Defender.

In theory, this should slow down a ransomware’s ability to encrypt critical information. Some reports suggest that this feature can also prevent other threats like malicious file macros and viruses.

You can access the feature by going to Windows Defender Security Center and then enabling “Controlled folder access.” From there, you can choose which folders will be protected and what apps are allowed to access them. To save you time, common Microsoft applications are trusted automatically, but you can remove them from your whitelist whenever you want.

Windows Defender Application Guard is designed to prevent intrusions by using Microsoft’s Hyper-V virtual machine technology to detect and isolate compromised applications from the rest of your system. So if someone on your staff accidentally downloads a virus from their web browser, Application Guard will contain the threat before it infiltrates the rest of your company’s devices, apps, data, and network.

Similarly, Windows 10’s Device Guard feature, which is also found in Windows Defender Security Center, minimizes your PC’s exposure to malware by using advanced threat detection policies. It blocks all apps that are not considered to be trusted, ensuring that only approved code is running throughout the system. It also adds an extra layer of defense between your firewall and antivirus software.

Want to know more about how you can protect your business from ransomware and other cyberthreats? Call us today to get expert cybersecurity advice.